Mic Eales is a sculptor/mixed media artist and an art-based researcher based in Northern NSW. He completed his PhD, Different Voice, Different Perspective: An arts-based and evocative research response to original voice narratives of suicide at Southern Cross University.

It was after his brother’s death that he began creating a series of artworks about the personal, social and cultural ramifications of suicide. Within the studio and his art practice, he places heavy emphasis on experimentation through play. Reverting to being a big kid Mic allows himself to play with different media, materials, forms, designs and alternative methods of representation. “This requires vigorous engagement with the imagination and a belief in occurrences of a serendipitous nature” he adds.

As an artist, he sees myself as a storyteller – interpreting, reinterpreting and eventually retelling stories that are heartfelt and emotive and provide new insight into the issue of suicide.

Mic is based on the far north coast of NSW. He has exhibited in NSW and Victoria. 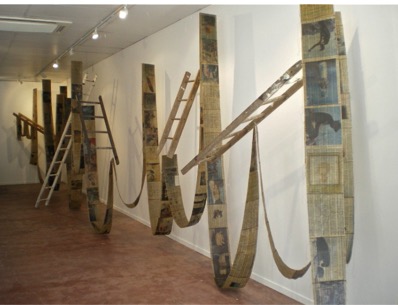