Stephanie works primarily in the areas of drawing and installation, often with ephemeral materials and in site-specific locations. Her practice focuses on the domestic as both a physical and psychological space.

In 2002 Stephanie was an artist who was trying to re-establish a career after experiencing some set-backs. With her career on hold while she was raising her daughter, her goal was to return to study in order to re-engage with her art practice and further her professional development. The Windmill Scholarship enabled her to create a body of work,that resulted in an exhibition and acceptance into a Masters In Philosophy.

Stephanie’s recent work is concerned with the language of ornamentation, drawing on sources such as wrought-iron gates and fencing, interior architectural mouldings, textile designs and patterned wallpapers. Her use of materials such as icing, bubblegum and textured wallpaper explores ‘internal’ themes including love, longing and loss. Stephanie noted “I am interested in inverting the trivial, the sentimental and the feminine, making these notions the very heart of the matter”.

Stephanie said “The Windmill scholarship was a wonderful form of support during my post-graduate studies and I produced a lot of work in the immediate period following. My art career has had many ups and downs over the years, and at present it is on hold once again but projects still tick over slowly and I know I have the skills and resilience to ensure my own windmill spins rapidly again in the future.” 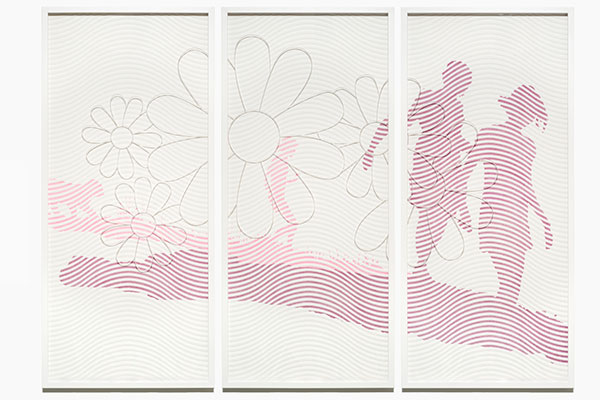